This will be our final lesson in the R.E. topic of "Salvation". It's time now for some personal response. Below are four different quotes about Jesus and in particular, the Resurrection. You've been learning about how much this event means to Christians - now time to make your own response to the quotes. Read them carefully, and then think hard. What do you think about each one? Do you agree with it or disagree? Why? Do a short piece of writing for each quote, to outline your own thoughts.

The quotes are by these people:

1) Mahatma Gandhi: you may remember him from some school assemblies. He was a Hindu leader who promoted non violent resistance to the British rule in India.

2) CS Lewis: a Christian writer in the 20th Century, probably most famous for his Narnia books, including "The Lion, the Witch and the Wardrobe".

3) Richard Dawkins: a scientist famous for being an atheist - that's someone who believes there is no God.

4) Paul: the author of many of the books in the New testament in the Bible.

Here are the quotes:

"A man who was completely innocent, offered himself as a sacrifice for the good of others, including his enemies, and became the ransom of the world. It was a perfect act." (Gandhi)

"A man who was merely a man and said the sort of things Jesus said would not be a great moral teacher. He would either be a lunatic — on the level with the man who says he is a poached egg — or else he would be the Devil of Hell. You must make your choice. Either this man was, and is, the Son of God, or else a madman or something worse." (CS Lewis)

"Don’t kid yourself that you’re going to live again after you’re dead; you’re not. Make the most of the one life you’ve got. Live it to the full." (Richard Dawkins)

"And if Christ has not been raised, then your faith has nothing to it; you are still guilty of your sins." (Paul in 1 Corinthians 15:17, New Century Version)

Good luck, and thanks for doing this lesson.

Today we are going to continue the lesson that we started last week, which is all about contrasting the Christian holy days of Good Friday and Easter Sunday. I've left the material from last week's lesson below so you can review this if you need to.

Underneath this text you will find a picture sheet which has 8 pictures relating to Good Friday and Easter Sunday. If you are able to print out the sheet, then do so, but it doesn't matter if you can't do that.

Look at each picture carefully and think about which of the two days each picture represents. To help you I've put the words of the two hymns that we studied last week on the sheet. Be careful, because some of the pictures are not as obvious as you might think.

Having sorted the pictures into two groups, one group for Good Friday and one group for Easter Sunday, now your task is to do a short piece of writing for each picture. The writing should include:

a) Which day is represented.

b) A description of what is in the picture that leads you to think it belongs to that particular day.

If you've been able to print the sheet out, you could also cut out the pictures and stick them next to each piece of writing to illustrate your work.

Here is the picture sheet:

Don't forget last week's lesson is below which can help you with this week's task.

Good luck, and thanks for doing this lesson.

Today we are going to continue with our R.E. topic about Easter. This week, just some things to watch and think about, then written work next week. We are going to think about the differences for Christians between Good Friday, the day on which Christians remember the crucifixion of Christ, and Easter Sunday, the day Christians celebrate the Resurrection. These two days are very close in term of time, but very distant in terms of mood and emotions.

To help you to think about the differences, I'd like you to watch and listen to two Christian songs. The first is one you watched two weeks ago. It's a song about the events of Good Friday, called "There is a green hill far away". Here it is again:

Libera sing: There is a green hill far away 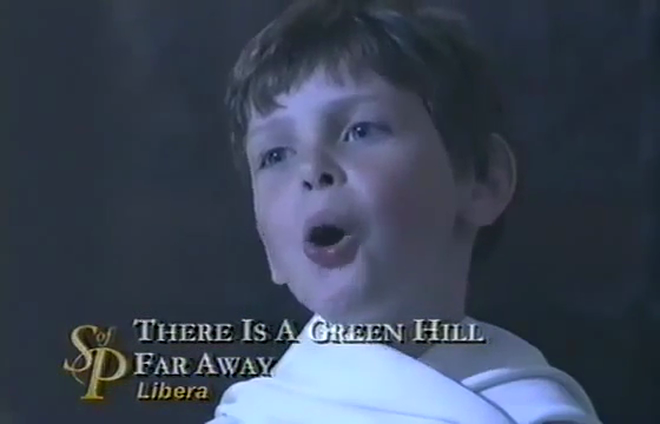 Now, watch this hymn being sung. It's an Easter Day hymn, sung in this recording at Hereford Cathedral on Easter Sunday morning. Try to read the subtitles and think about the words that are being sung: 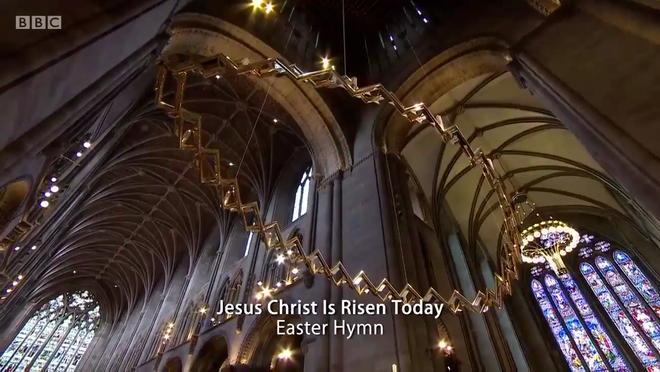 To think about: what are the messages and ideas in the two hymns? What are the similarities and the differences?

We'll do some written work next week about these two days, and these two hymns.

Thank you for doing this lesson. Mr M.